The pictures below show examples of a structural problem.   There is small horizontal crack in the middle of this block wall, but the more critical problem is the shearing between the first and second course near the basement floor level.  The first photo is zoomed in on this area for a closer look, and you can see a shadow on the first course of block where the second block has shifted over the top of the first.   This is again caused by hydrostatic pressure on the outside of the basement foundation, and requires stabilization.   Shearing occurs when the pressure is so great, that the mortar bond between the first and second course breaks, and causes the second course of block to slide into the basement.  The first course stays locked into place because half of the block is usually buried under the concrete floor.  If this continues to slide, the wall may need to eventually be removed and rebuilt. 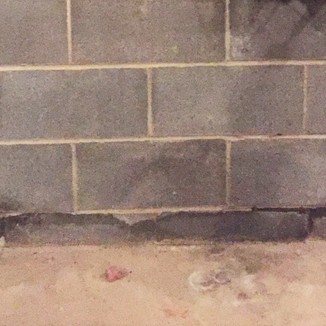 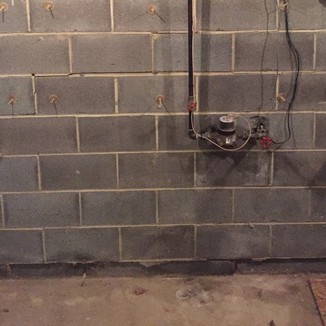 How do we fix it?

If the shearing is discovered early on like this example, the wall can be waterproofed to take away some pressure, and reinforced with concrete or rebar, steel beams or carbon fiber strips.

We'll send somebody from the team out to take a look at your project before you commit to anything. If we don't perform the work, why should you have to pay us?

In house training complete ✔️ We didn’t let this cold day pass us by wit... View on Instagram

If you notice your drains are slower than normal, don't wait for all of this sno... View on Instagram

Happy New Year! To our customers and crews - thank you ! Thank you! Thank you fo... View on Instagram

Winter temps don't stop sewers from getting clogged. Thankful for this crew that... View on Instagram

“Your friends from Nottingham Baptist Church would like to thank you for servicing our facility since 1985. Your experience and expertise was evident in the way in which each job was completed. It has been...”