This was the second phase of a major sewer replacement project at John Carroll University cafeteria. The integrity of the pipe in the student activity center was compromised due to grease eating away the cast iron piping.

We televised and located the existing sewer drain line to verify the affected areas and minimize the amount of flooring that would need to be removed.

Below are some photos showing our step by step process.

First we marked where the existing sewer pipes were located and begin cutting the terrazzo flooring. 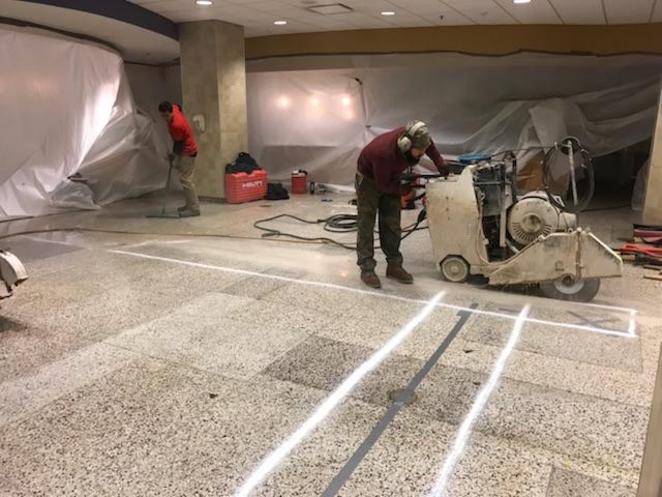 After jackhammering and hauling away the concrete, we hand dug the soil working around the underground utility lines which were crossing through our trench. 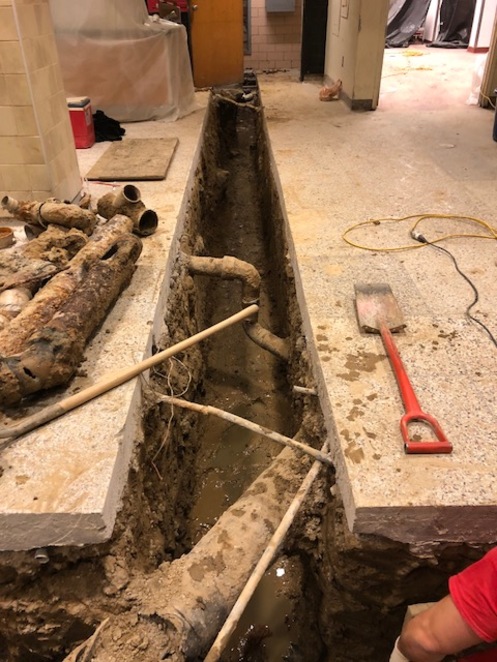 We installed the cast iron pipe over a bed of limestone. 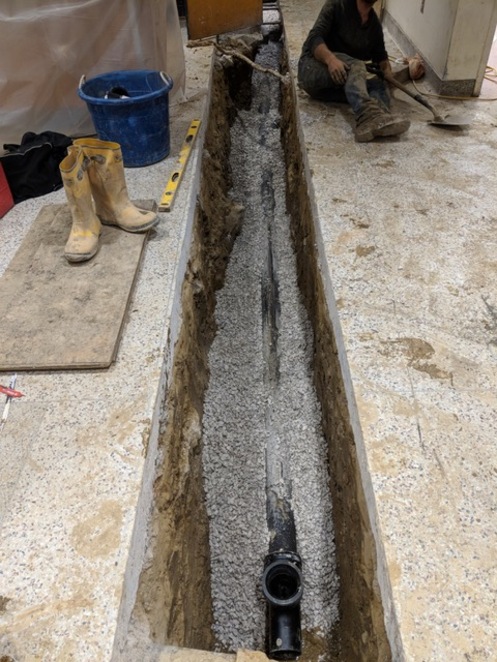 Backfilled the trench with limestone and compacted it with a plate tamper. 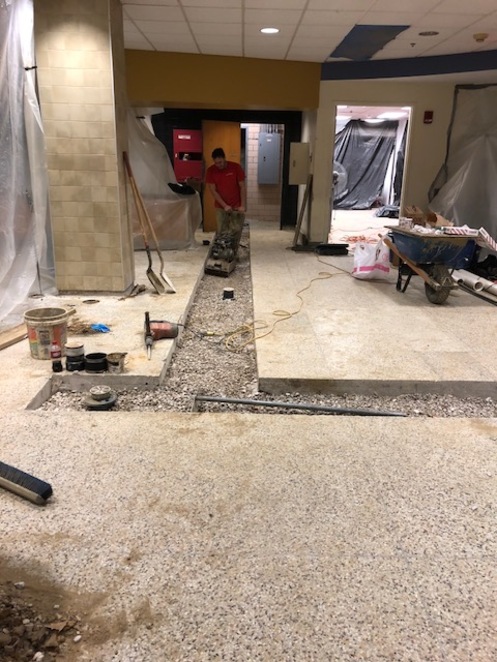 Finally, concrete flooring was poured leaving the concrete one inch lower than the existing terrazzo so the new floor could be laid on top of the concrete base flawlessly. 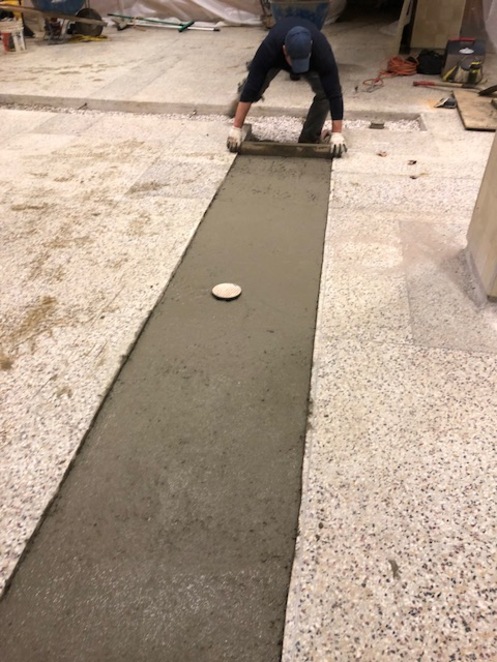 Completed on time and on budget! 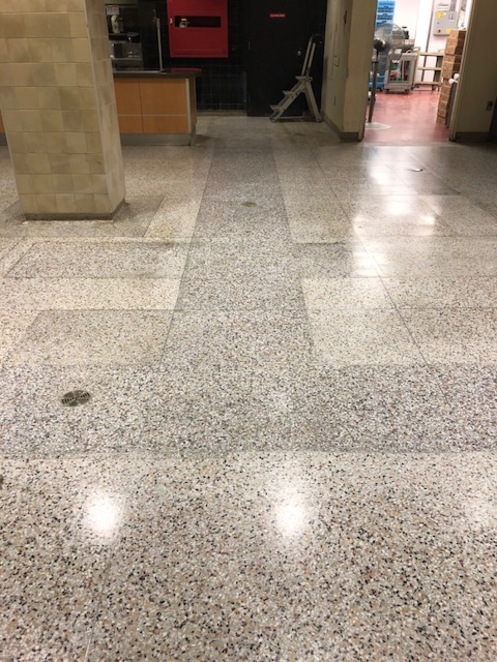 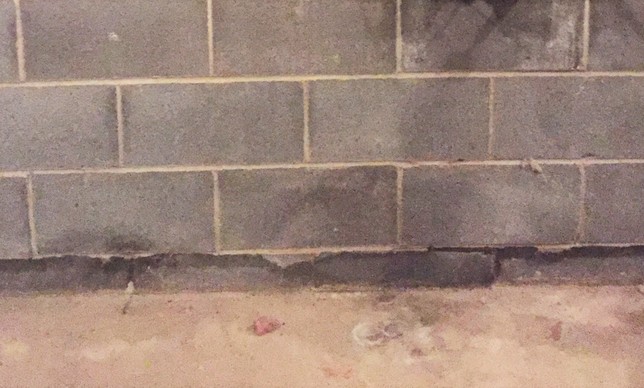 The pictures below show examples of a structural problem.   There is small horizontal crack in the middle of this block wall, but the more critical...

Over the last few years, Adelio's has put a lot of thought into the direction of... View on Instagram

When your neighbors have the same taste for quality work. These 3 houses are n... View on Instagram

“Rebuilt the drain and flooring of window well as described. Thoroughly professional and reliable. Left job site immaculate. This is the 6th job (if my memory serves me well) that Adelio's has done for us...”